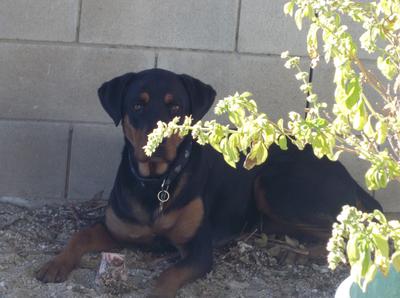 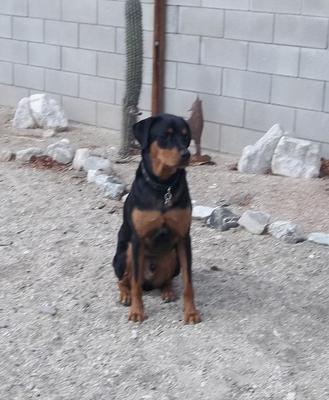 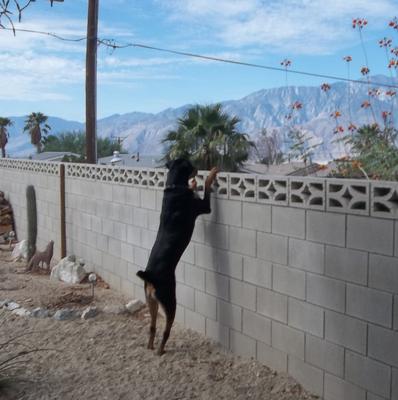 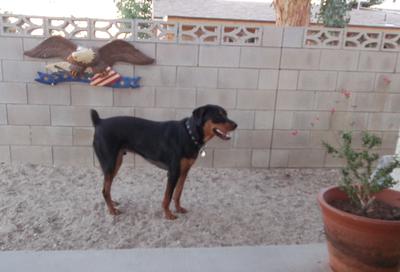 Max & I had hoped to “pay it forward” with the therapy dog program but as we got futher along we found out that since Max was my service dog he couldn’t be certified in both – and becoming a therapy dog he could never go back to a service dog. So we had to make a difficult decision and that was to leave him as a service dog.

In those first pics on this page…. Paying It Forward )he was about 8 months old, so here here he is at almost 2 1/2 yrs!

Funny thing is that I have worked with 3 different trainers and we still battle with him coming when called “stubborn german” he hides, like I can’t see him, he waits for me to close the door and walk away, but don’t worry he knows how to open that slider but it’s just not his job to close it! he just looks at me like, ‘hey do I get a treat I did come eventually!’

Oh, he is also a wonderful watch dog he even keeps a eye on the neighbors probably hoping that they have something great on that grill!!!

OH, he is a character all right, so funny, so much personality, when I ask if he wants a treat he gets so excited he jumps in the air and turns circles we call it the “rodeo dance”.

I just love him more than words could express, and every time I look at him I think of the day that the rescue people saved him, he was on the PTS list and that was going to happen the next day, I keep in touch with them and send them pics of Max so they can see what all of their hard work has become, but then I received a email from them the other day, hey we just rescued another rottie he is 4 1/2 months old…

I just laughed and told them to lose my number, Max is enough!!!! only kidding!