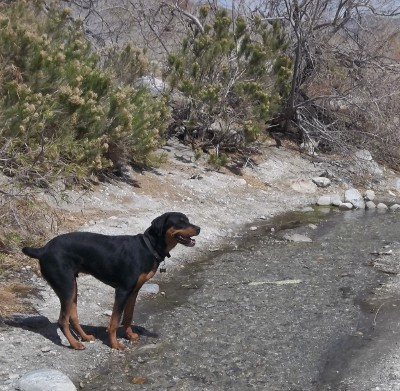 Max by the creek at 7 months 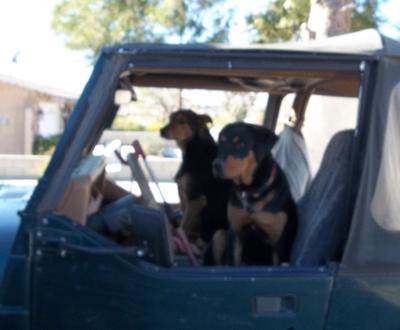 In Oct 2011 I adopted Max who at the time was named Marcus at 7 months old from a small rescue group when my 11 1/2 rottie passed away and I was just overwhelmed with grief, Max was very quiet and shy and somewhat small for his age but I was informed that he had been very sick when they took him out of the shelter and at one point thought of putting him down due to the overwhelming vet cost for such a small rescue group, but the woman Robin that did the rescue never gave up and told me he was a real trooper and has such a will to live and she knew he would someday do great things!

I myself suffer from severe panic attacks when I leave my home and surroundings but I started by enrolling Max in a dog training class which pushed me out as well as him, the trainer instructed me to keep him social he needed to be out and about around people ,activities etc..we started with daily walks, then the street fairs, then restaurants that were pet friendly, in Sept 2012 he became my service dog for emotional support.

In Dec 2012 Max received his AKC Good Citizen Award and then 2 weeks ago passed his eval for the Therapy Dog Program with the Visiting Nurses Hospice Program!

He has to complete 10 sessions of hands on to get his full certification.

I got involved not only for myself and Max but to show others that this breed is pretty amazing and hopefully will see them in a different way.