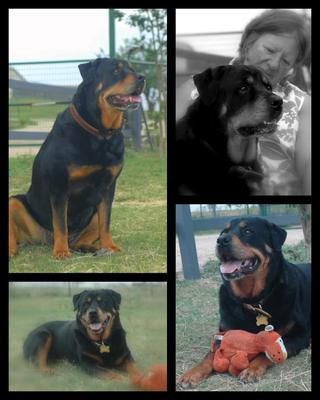 Gryphon is the original spelling of griffin, a legendary creature with the head, talons, and wings of an eagle and the body of a lion.

The gryphon was also thought of as king of the creatures.

Gryphons are known for guarding treasure and priceless possessions.

My Gryphon just passed away in late October, he was 11 years old and I miss him horribly. He was the Best Dog Ever as I’m sure your new puppy will be.

Rottweilers are the most amazing dogs in the world.